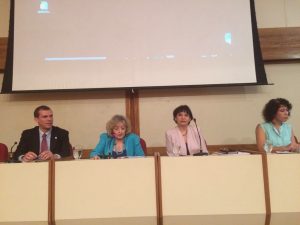 Participants at the mini workshop held in Brazil.

Throughout the two years of the LEARN Project, the United Nations Economic Commission for Latin America and the Caribbean (UN/ECLAC) has invested a lot of effort in awareness raising and in capacity building on RDM issues in the Latin America and Caribbean region.

One of the most powerful ways in which ECLAC achieved its aims was through a series of Mini Workshops. This series concluded last week with two events in Argentina and Brazil.

The first was an online workshop titled “First steps in the implementation of a Data Management Plan”. It was organized in cooperation with the Centro Argentino de Información Científica y Tecnológica (CAICYT-CONICET, Argentina) on 23 May. Fernando Lopez, Coordinator of the Communications and Training Sector of CAICYT, was one of the workshop’s speakers. He explained the purpose and main characteristics of a Data Management Plan and walked the participants through the sections of a standard DMP. The presentation was followed by a Q&A session, in which participants asked for further advice on the implementation of DMPs in research institutions. In total, over 60 people from several countries in Latin America participated. 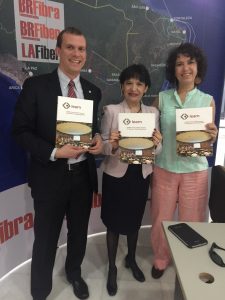 Copies of the LEARN RDM Toolkit were distributed at the workshops.

The second workshop was titled “Open Research Data: Implementation of policies and strategies in Latin America and the Caribbean” and was held on 26th May at the Centro Brasileiro de Pesquisas Físicas in Rio de Janeiro, Brazil. The event was organized by UN/ECLAC in cooperation with the Instituto Brasileiro de Informação em Ciência e Tecnologia (IBICT).

Wouter Schallier and Mónica Cantero (UN/ECLAC) presented an analysis of RDM policies and initiatives in Latin America and the Caribbean, as well as the outcomes of the LEARN project to an audience of more than 60 participants. The 1.5 hour workshop was followed by a discussion with the audience consisting of several stakeholders, such as librarians, information professionals, researchers, (PhD) students and funding agencies.

We invite you to take a look at the slides of all ECLAC mini workshops and learn more about ECLAC’s role in LEARN by reading our previous entries: