Prof David Price is UCL Vice-Provost (Research), with responsibility for promoting, supporting and facilitating UCL’s research performance, including securing the highest-quality research outputs across UCL and maximising the impact of its research. He is Professor of Mineral Physics at UCL, a Member of the Science & Technology Facilities Council, and Co-Convenor of the Committee of Vice-Rectors of Research of the League of European Research Universities. 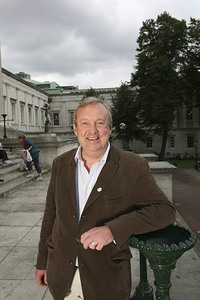 Dr Paul Ayris has been Director of UCL Library Services since 1997. He is also the UCL Copyright Officer. Dr Ayris was the President of LIBER (Association of European Research Libraries) 2010-14; he is now Advisor to the LIBER Board on EU matters. He is Co-Chair of the LERU (League of European Research Universities) Community of Chief Information Officers. 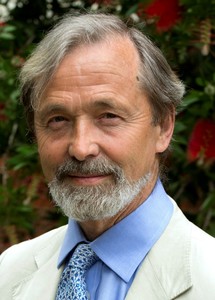 Professor Geoffrey BoultonOBE FRS FRSE is Regius Professor of Geology Emeritus at the University of Edinburgh, and former Vice Principal of the University. He was one of the founders of LERU, chair of its Research Policy Committee and author of its policy documents until 2010. He was chair of the influential 2012 Royal Society report Science as an Open Enterprise, and chair of the Society’s Science Policy Centre till a year ago.

He is President of CODATA and chaired the Science International Accord on Open Data in a Big Data World, which will be promoted amongst national and international bodies for their endorsement in 2016. He is chair of the Academic Advisory Council of the University of Heidelberg, a member of the Strategic Council of the University of Geneva and President of the Scottish Association for Marine Science.

Until recently he was a member of the UK Prime Minister’s Council for Science and Technology, the UK’s top-level science policy body. His research is in the fields of environmental geology and glaciology, frequently involving large and diverse data volumes, and currently leads a major project on the Antarctic Ice Sheet. He has many national and international awards and honorary doctorates for his scientific work. 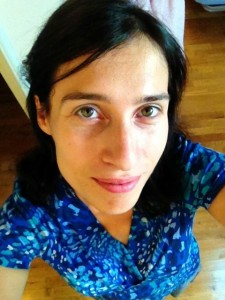 Prof. Sabina Leonelli is Associate Professor in the Philosophy and History of Science at the Department of Sociology, Philosophy and Anthropology of the University of Exeter, UK, where she is also Co-Director of the Exeter Centre for the Study of the Life Sciences (Egenis) and leads the Data Studies research group (www.datastudies.eu). She holds an ERC Starting Grant to investigate and compare existing strategies for dissemination and re-use of data across several fields, with emphasis on the biological and biomedical domains.

She has authored numerous research papers in philosophy, social and natural science journals, as well as reports and policy statements on data integration in the life sciences and Open Data more generally. Her monograph Data-Centric Biology: A Philosophical Study is forthcoming with Chicago University Press. She is a member of the Global Young Academy, where she is Theme Leader for Research Environments and heads the Open Science working group.  She is also on the executive committees of the European Philosophy of Science Association (EPSA) and the Society for the Philosophy of Science in Practice, and is the senior co-Chair of the EPSA Women’s Caucus. 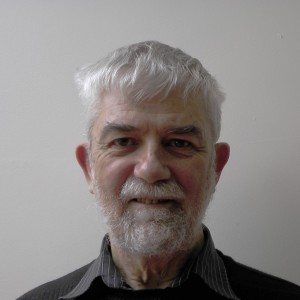 Dr Peter Murray-Rust is a chemist currently working at the University of Cambridge. As well as his work in chemistry Murray-Rust is also known for his support of open access and open data.

He was educated at Bootham School and Balliol College, Oxford. After obtaining a Doctor of Philosophy he became lecturer in chemistry at the (new) University of Stirling and was first warden of Andrew Stewart Hall of Residence. In 1982 he moved to Glaxo Group Research at Greenford to head Molecular Graphics, Computational Chemistry and later protein structure determination. He was Professor of Pharmacy in the University of Nottingham from 1996-2000, setting up the Virtual School of Molecular Sciences. He is now Reader Emeritus in Molecular Informatics at the University of Cambridge and Senior Research Fellow Emeritus of Churchill College, Cambridge.

His research interests have involved the automated analysis of data in scientific publications, creation of virtual communities e.g. The Virtual School of Natural Sciences in the Globewide Network Academy and the Semantic Web. With Henry Rzepa he has extended this to chemistry through the development of markup languages, especially Chemical Markup Language. He campaigns for open data, particularly in science, and is on the advisory board of the Open Knowledge Foundation and a co-author of the Panton Principles for Open scientific data. Together with a few other chemists he was a founder member of the Blue Obelisk movement in 2005.

In 2002, Peter Murray-Rust and his colleagues proposed an electronic repository for unpublished chemical data called the World Wide Molecular Matrix (WWMM). In January 2011 a symposium around his career and visions was organized, called Visions of a Semantic Molecular Future. In 2011 he and Henry Rzepa were joint recipients of the Herman Skolnik Award of the American Chemical Society. In 2014 he was awarded a Fellowship by the Shuttleworth Foundation to develop the automated mining of science from the literature.

As of 2014, Murray-Rust was granted a Fellowship by Shuttleworth Foundation in relation to the ContentMine project which uses machines to liberate 100,000,000 facts from the scientific literature.